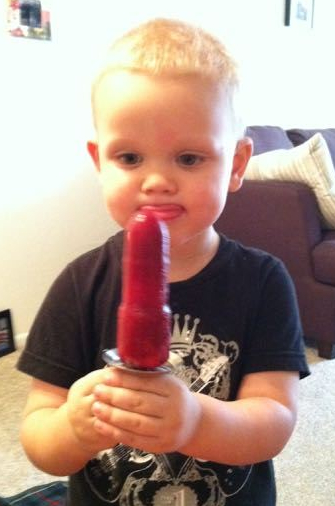 If you save the sweets for the kids because “you don’t need it,” or indulge them on a regular basis in dessert-type foods, your perspective on sweets might be still tied to calories or weight and not linked to health. (Or maybe you just don’t care, which is also possible. Or you care but just can’t deal with it right now.)

I’m not saying that no one should ever eat any desserts. But between breads, sauces, cereals, dressings, condiments, and drinks, we’re consuming an enormous amount of added sugars before we even get to dessert. I talked (and wrote) about why that matters, what the health ramifications are—read it here.

The American Heart Association suggests not more than 25 grams per day for women (that’s just over 6 teaspoons) and 38 for men (9.5 teaspoons). There is no recommendation for children, but it would be lower than women’s.

The World Health Organization (WHO) “strongly recommended” the upper limit be reduced to 10% of your daily calories as of 2014. (Reduced to!!)

At that same time, WHO also “conditionally” recommended that intake be not more than 5% of daily caloric intake. That was because the evidence for adverse effects was more correlation than causation at that level. (Stronger evidence at 10%.)

Regardless of the variety of upper limits, added sugars have little to no health benefit. (There are some small benefits in certain unrefined sweeteners.) If you need 2,000 calories to make your machine run all day, those 200 empty calories are going to leave you hungry.

Spend a week tracking sugars in all of your foods, just to see how much you’re eating. See how much your kids are eating. Not straight up whole fruit, but anything else (including juice, dried fruit, “healthy” sweeteners). Then make a plan to pare it down.

Sweets are my go-to for emotional eating. Work has been stressful, and all morning most days, I’ve just wanted to eat. Not because I’m hungry, but because I’m stressed. Sad is also a trigger.

Because this has been a huge lifelong struggle (better now than it used to be, and is nearly non-existent when I quit sweets altogether), one of my goals is to relieve my son of this burden. We don’t do a lot of sweets. We don’t keep any in the house. (Occasional exceptions, but not many.) A couple of summers ago, he told me that we had gone out for ice cream too many times. (He was right.) We don’t have sweets as reward. He has what he wants at birthday parties and the like, and, as of now, he regulates and stops eating when he doesn’t want any more or if it’s not tasty. I can’t guarantee his outcome, of course, but I do what I can.

I’ve been told by very angry people that I am depriving him of his childhood. We can agree to disagree.

It’s much easier to start this from the beginning than to change course, but the course can be changed. For you and your kids. Try it. It’s worth it.

Oh, and the pic? Homemade popsicle. Whole fruit and water, blended and frozen. Does he look disappointed?

4 thoughts on “Save sweets for the kids?”