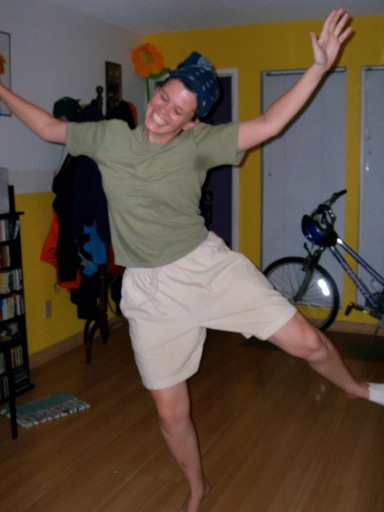 Some time in the last week was my 16-year anniversary of arriving in Arizona.

(I could look at a calendar and figure out which day exactly, but it’s not that important. Early August is good enough.)

I came out here to go to grad school. To go somewhere hot and far away. To try to start over.

My boyfriend at the time drove out with me and stayed a week or so, and then I was here on my own. It was scary and exciting and has been exactly what I hoped for and not at all what I hoped for.

So much has happened in the time that I’ve been here. While it’s not up to half of my life yet, it is the majority of my adult life, even if you count college as “adult.” (Which I don’t, because of how my experience went. If you’re not supporting yourself on money you earned, you’ve not yet graduated to adult. In my opinion.)

Some of the things I wanted to be far away from stayed far away. (Hooray!) Some of them were part of me and are here. (That was a rough lesson.)

It’s just a reflection point. A moment to stop, think about where I’ve been, see where I want to go, and continue on.

I tend to do this more at this time and around my cancer-versary than at New Years, since these moments have significance in a real way, whereas January 1 is A Thing but not My Thing.