A friend has an enormous cactus in her front yard. She mentioned all the birds in and around it, and I said I’d noticed, that several times when I’d been to her house, I’d been sad not to have brought my camera. And then we went over again, and I brought my camera!

Unfortunately, it was quite overcast and near sunset, so the lighting wasn’t the best. The biggest problem with the dull light was that the birds didn’t sit still for long. So fast shutter speed to catch the birds clearly, but slower shutter speed to let in enough light. Not many good photos.

I’m going to a portrait photography class later today. Hoping to learn some good stuff! Maybe I’ll have some of those to share next week.

First, prickly pear cactus with a giant saguaro backdrop. Opposite focus as the lead photo. 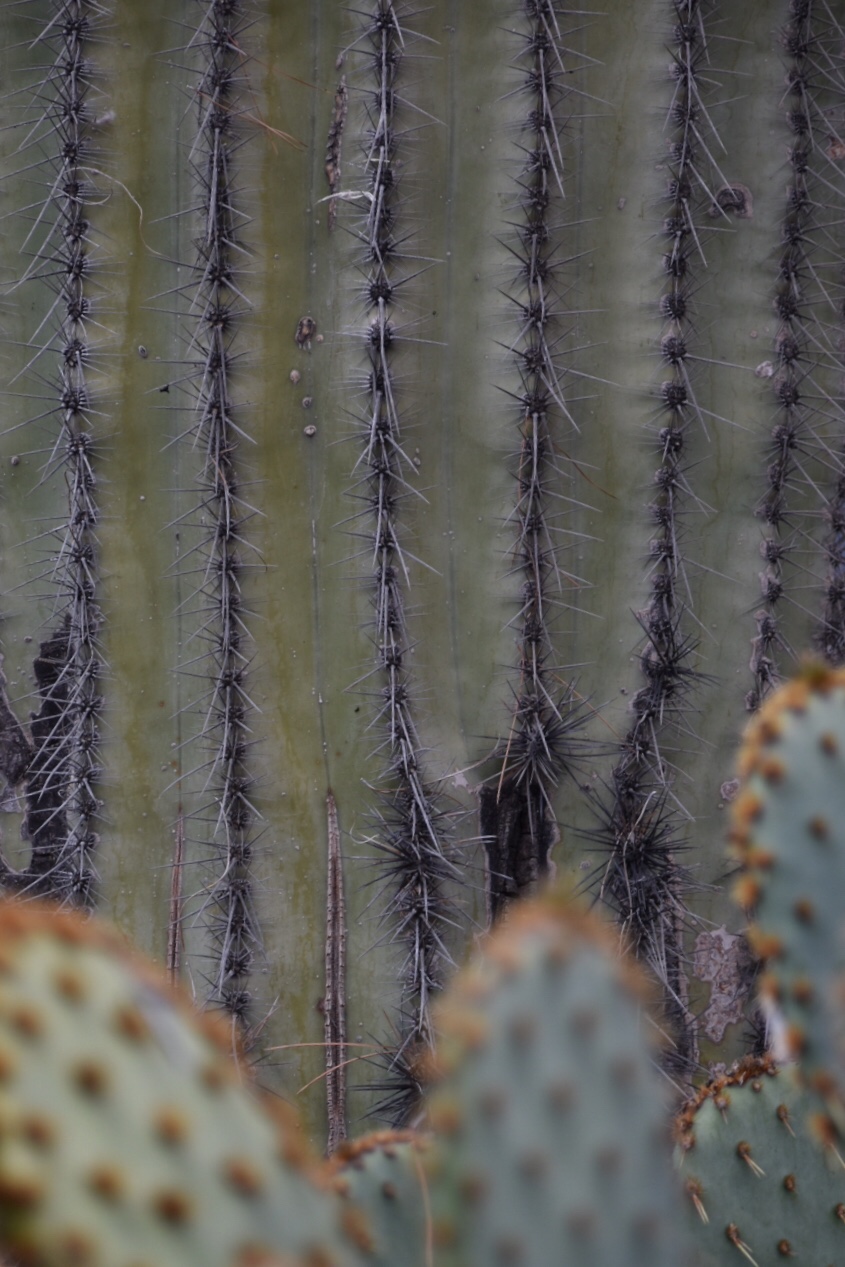 This isn’t the best shot, but those pieces are all the same cactus!

The birds were more willing to sit still in a tree in the neighbor’s yard.

One of a bird in the saguaro. Better luck next time!