I learned some cool stuff about flashes this week.

I also learned that a neat effect caused by manipulating the flash a certain way (second curtain sync) is doable with my equipment.

My camera is entry-level and it doesn’t have all the features. Which is fine. But also a little sad when I watch a tutorial about a neat thing that I subsequently can’t do. So I was surprised and delighted to learn both my camera and my external flash can do the job!

Now to get the photographer…

Anyway, the project required something in motion. The Kid is nearly always in motion and was happy to be my model.

It didn’t work. Not just because I cut his head off. (I fixed that later.) But we had fun trying. 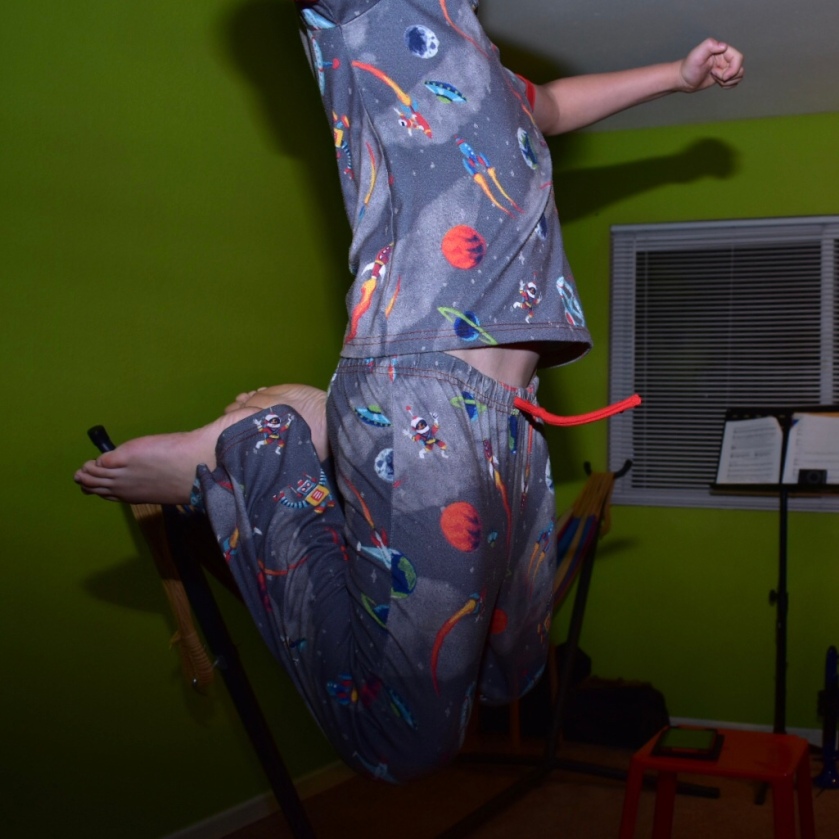 We took a drive to a local park to see if we could see the comet.

No comet. (Too faint? Too low? Too many clouds?)

While we were out there, I started fooling around with long exposures of the surrounding area, of cars going by, and finally of airplanes. (The airport is very close to where we were.)

No photos that were amazing (though The Kid will tell you otherwise), but it was fun.