I had expected to do some flash work this week, and I did not.

But the cactus down the street? The one that I caught a late bloom on and shared two weeks ago? It bloomed again!

And a neighboring cactus bloomed also, that one with white flowers. (That’s the lead image.)

My plan when I saw it was to take pictures every day or every other day as the flowers opened.

So many! I have no interesting shots of the whole plant, but it’s only maybe two or two-and-a-half feet tall.

The Kid and I went down a day or two later to capture the buds that had opened. (Most still hadn’t, but a couple had.) 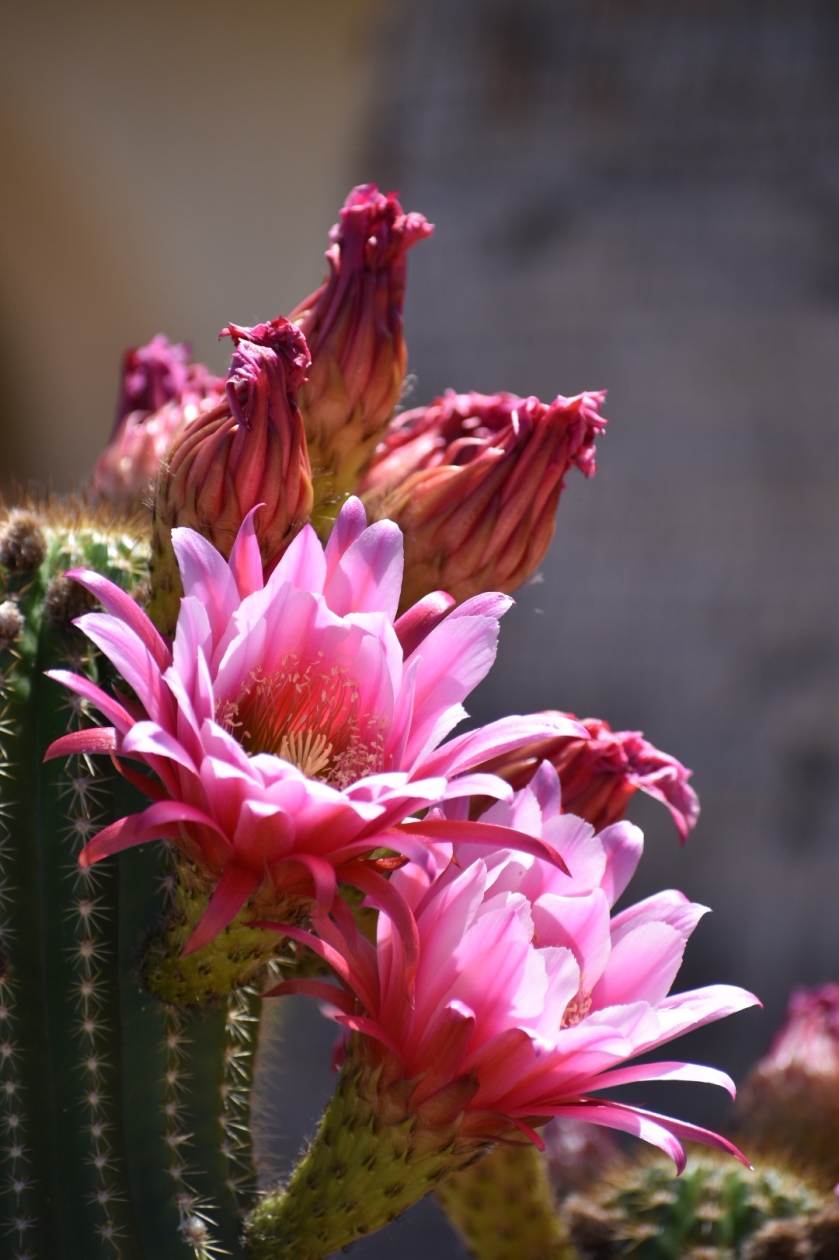 That’s the first day it got close to hot here. (The rule in Phoenix is that it’s not “hot” until it hits 100, and that afternoon, it was in the 90s.) We had been having a gorgeous spring and then out of nowhere—90s. Which of course feels hotter than it would if there had been a gradual progression.

We always think there should be a gradual progression, whether it’s warming up or cooling off, but it never seems to do that in real life. Perhaps we should stop expecting it.

The desert and its native plants. So interesting. Glad I didn’t put off photos until later. Sad that we’re not going to see all of those buds open. Would have been amazing!

We have this little bushy plant in our front yard. We have literally done nothing to it or for it since we moved in a few years ago. Most of it looks great; some of it, not so much. You can see a little of both states in the photo. I like its little white flowers.

Finally, in January I bought some mini roses at Trader Joes. (photos here, though as I was scrolling through, I’m not impressed with myself; four months has made a difference!)

I’m excited to report that they’re still alive and two of the five bloomed! (One of the yellow ones did, too, but I didn’t get any good shots. You’ll have to take my word for it.)

Nikon has had their video library available for free this month, and I’ve been taking in their trainings. I’ve learned how to do several new things on my camera (and in what context they’re useful) and also several things that other Nikons can do that mine can’t. I have plenty still to learn on mine, and I haven’t even touched photo editing at all yet. Will I outgrow this camera? We’ll see where the journey continues…