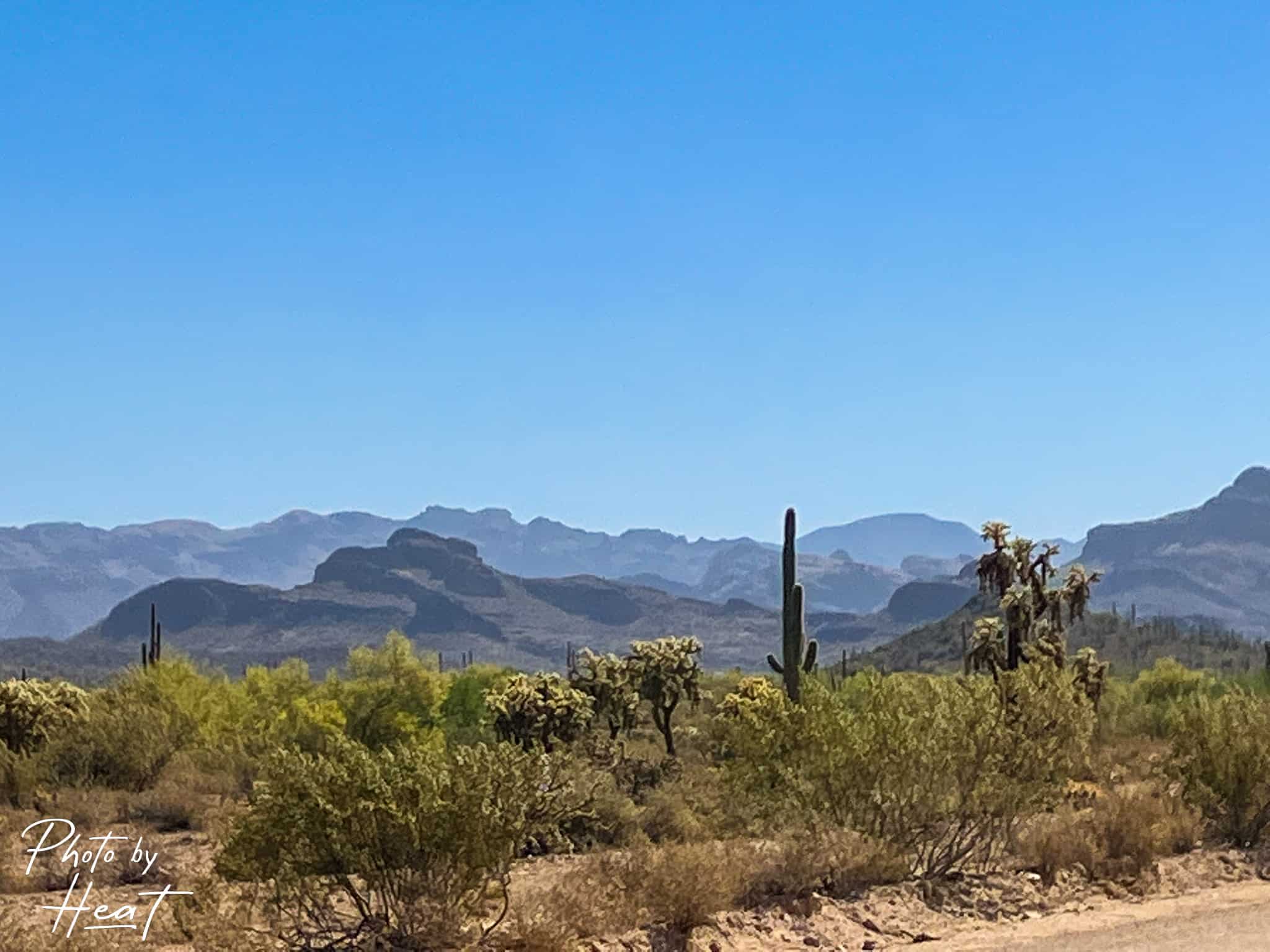 I’ve been wanting to hike this trail and have had some foiled attempts. (The hour one-way drive and several miles on an unimproved road don’t help matters.)

Finally, on what is reasonably expected to be the last day with a high below 90 for months to come, Climbing Daddy and I made it out to the Peralta Trail and hiked up to the saddle where there’s a lovely view of Weaver’s Needle.

I have to admit, I was expecting a tall, slender structure and was disappointed when I saw it. But I looked it up and it’s supposed to resemble a sun dial needle, not a sewing needle. Should have looked at up ahead of time.

The hike round trip was 4.6 miles, and the views were lovely.

I didn’t take the Nikon on this hike—it was a hiking hike, not a photo hike—but I did take my phone for most shots and Nik, Jr. for macro.

We saw quite a few lizards—at least four species—but most weren’t amenable to photos.

A century plant had bloomed and fallen over. None of these three photos are great photos, but I thought they were interesting enough to share anyway. The first is the base of the upended plant, and the others are the seed pods which are usually too high up to be able to see up close. For reference, the prominent plant in the second shot in the series above is the same type of plant.

Many flowers bloomed a while ago and are dried up now.

On the long dirt road to the trailhead, we saw the biggest critter of the day.

I’m always amazed that people came out here when it was all wild and thought, “This looks like a good place to raise cattle.”

Finally, it’s come to my attention that mobile users don’t all see the image at the top above the title, so I’ll leave it here at the end as well today.