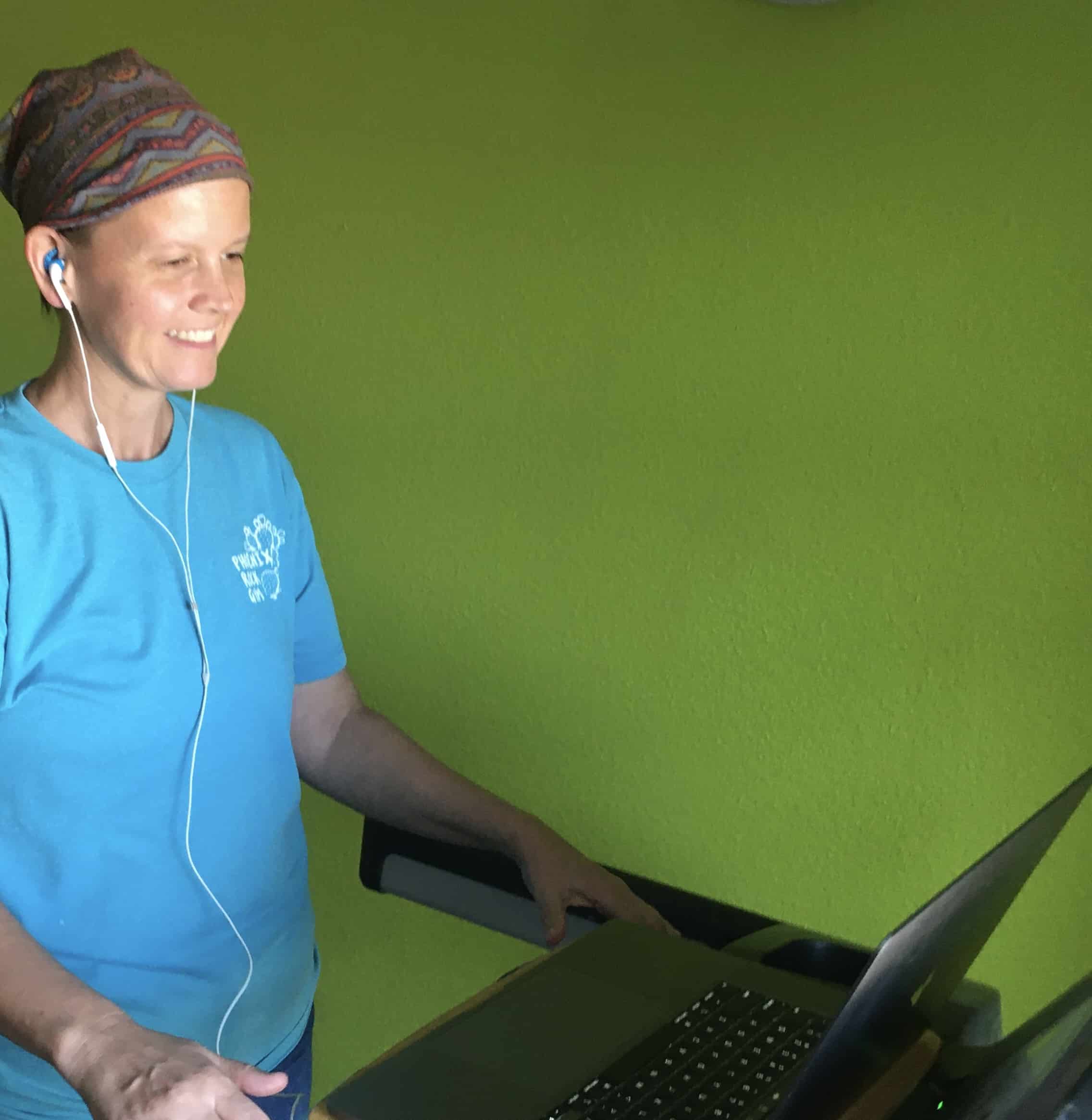 Last winter, we bought a treadmill. I had been consistently waking up at 5 every morning, for no known reason, and I thought I’d like to go run since I was up anyway, but I’m not comfortable running by myself in the dark. More uncomfortable in the morning than the evening, for no rational reason. Maybe I’m just less accustomed to dark mornings?

(We had been toying off and on with acquiring a treadmill and this just tipped the scales. COVID eliminated the possibility of going to the gym early in the morning.)

I will let it be known that I am not a morning person and have long advocated for people who aren’t morning people not to feel guilty or shamed for working out in the evening. This remains true, even though I often am awake early nowadays, thankfully usually around 6 now instead of 5, and Rocket Kid and I go for a run before he starts school online.

I will also acknowledge that while I have both run and walked on the treadmill, I have never actually used it to run at dark o’clock in the morning.

Consistently, I’ve been taking most of my zoom meetings on the treadmill. The panel is deep enough and flat enough that I can set my laptop on it, and I walk while we talk.

Most of my meetings recur with the same people, and I’ve checked in with them about my walking during the meetings, because it’s weird, and because I’m moving while we’re talking, and if that makes me hard to look at or the meeting somehow uncomfortable, I’ll hop off—not a big deal.

I’m occasionally teased about the walking, which is fine. I take that in stride (haha).

Sometimes I’m self-conscious about walking during a zoom meeting, but I remind myself that if it’s a problem for other people, they can speak up at any time.

During any meeting that I have with people who I don’t meet with regularly, I get a message from someone saying I’ve inspired them to go do something active.

Win-win! Getting some movement myself and inspiring others to do the same.

How do you, or how could you, infuse more movement into your day?