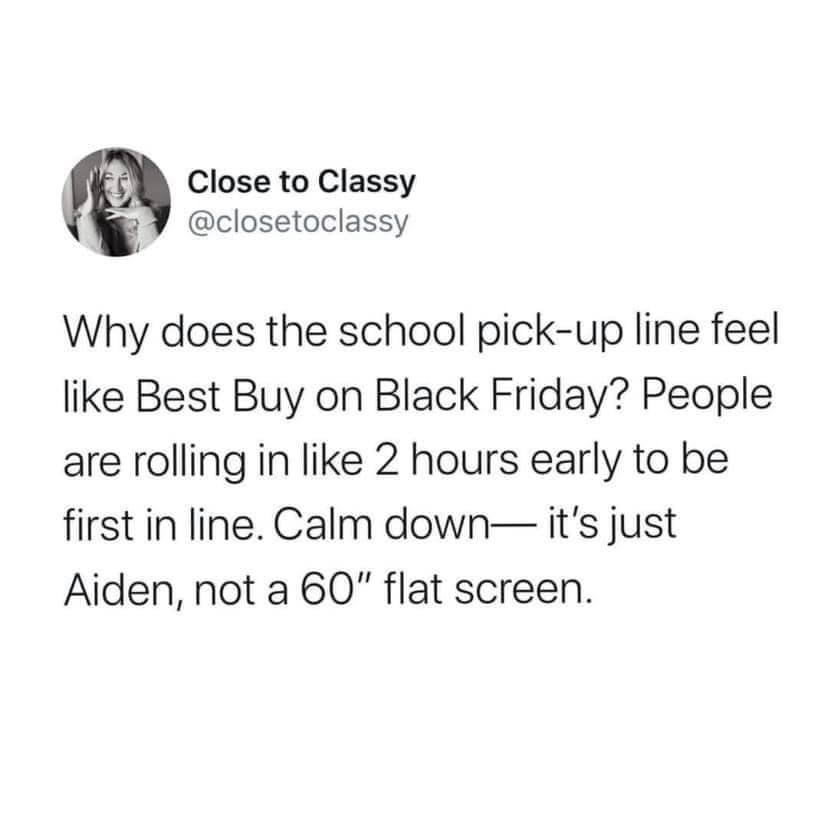 If you can’t see the photo, it’s a screenshot of a tweet that reads:

Why does the school pick-up line feel like Best Buy on Black Friday? People are rolling in like 2 hours early to be first in line. Calm down—it’s just Aiden, not a 60” flat screen.

It’s meant to be funny. I get it. There are a lot of jokes about car line that are very funny. And I remember that one day when we needed to be somewhere right after school and I showed up 15 minutes early and was far enough back in the car line to be off school property. I get it.

There’s a pervasive cultural valuing of things (and money) over people that makes this really not funny for me.

I have a lot more rambling words about a lot of ways I see this play out—not just about trampling people for bigger TVs—and the depth of its roots.

But all those rambling words were really ranty and that’s not what I want to offer, so I think it’s best to leave it at: value people. Especially the ones closest to you. They’re worth more than a good deal on a TV.