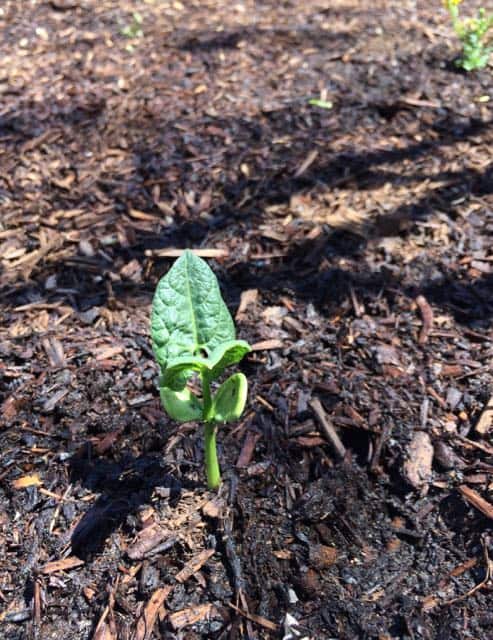 I’m writing a book. This is a little piece of it, written about six months ago. I expect that I’ll share a few more bits of it, and also that some things I write for the blog will end up in the book. Editing is likely.

I was recently struck by the abundance of hope in my life.

A couple of weeks ago, I built garden beds and planted a garden.

I don’t know a lot about gardening, but I’ve been able to grow a fair amount of produce in the past. The whole process of gardening, right up until you taste what you’ve grown, is a continuous act of hope.

Actually, I might argue that eating truly fresh produce isn’t the end point but merely resets the cycle to the beginning.

In a few weeks, I’m getting married, an act of hope unto itself.

But this is my second marriage. Wrapped up in all of the same hopes as the first one are the hopes that it will be better, that I will be able to implement lessons I’ve learned, that I’m not ignoring red flags.

We bought a house. Are the neighbors friendly? Is the location good long-term? Will it age well? I hope so.

People need hope to live well, even if it’s not something we actively label. (I don’t really think about it most of the time with regards to gardening, for example, but it’s definitely there!)

As a person who has battled depression off and on, hopelessness is heavy. Even a little bit, any slice of light through the darkness, is life-changing.

My senior year of high school, I took World History. I remember two things from it, and only one is academic.

The other thing I remember? Being on the high speed line (a local train) on a field trip—no idea to where—and Jeff asking Mr. Burke if we could leave our lunches on the bus.

Where do you have hope in your life? Are there places you’ve given up? For better or for worse?