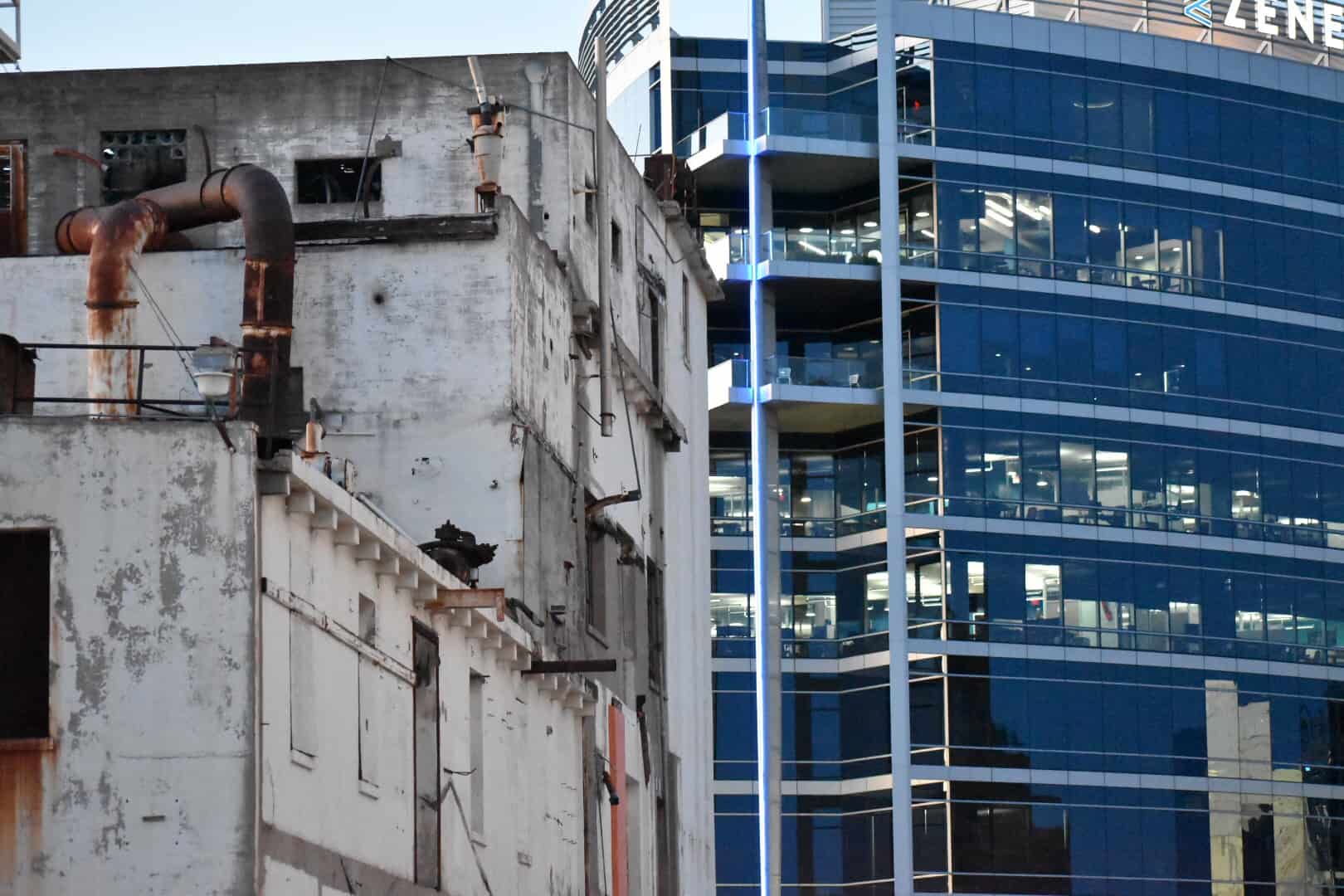 The photo was taken in Tempe, Arizona. The building on the left is an old flour mill, built in 1918 and used until 1998.

The building on the right is a glass office building. I don’t know when it was built (how do you find that information?), but it’s obviously much newer than 1918.

The juxtaposition of the buildings was striking to me, which is why I snapped a photo.

There’s so much development that’s considered progress or improvement that just … isn’t. (And really, you could potentially make that argument about either building.)

I know that where I live and work and play were all once desert, and then were slightly populated, and now are crowded, and as such, there’s a bit of hypocrisy in believing that it should stop now. Why now?

There are enough vacant buildings that we can repurpose space that is already developed, whether in reusing existing structures or knocking them down and starting over.

Undeveloped space is important. Let’s make do with what we have.