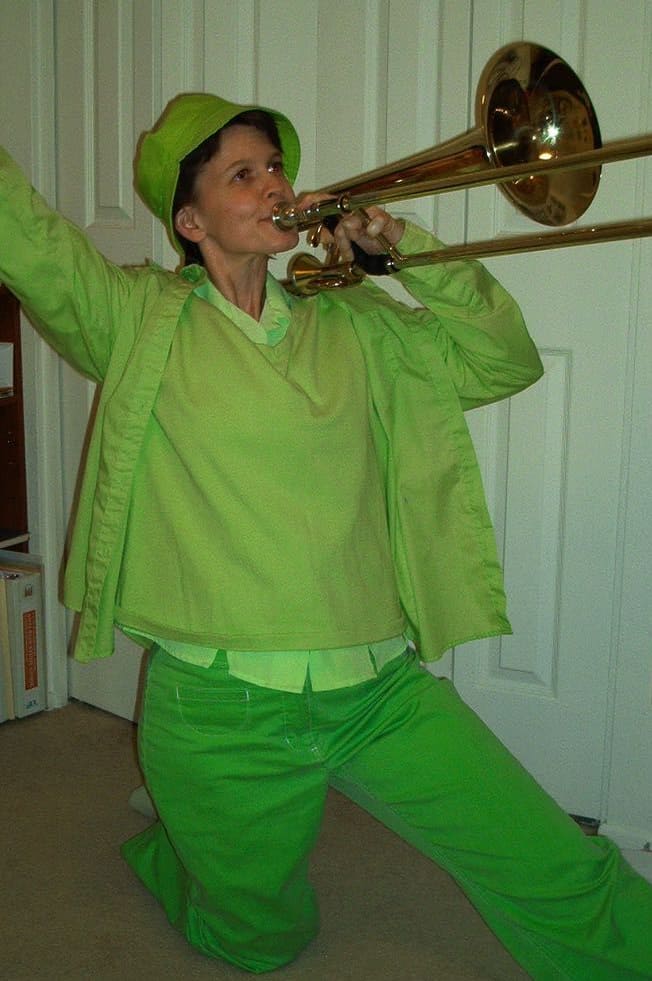 For those who didn’t go through this, a senior recital is a big deal (for most of us). As an education major, I was required to perform a 30-minute solo recital as one of my graduation requirements. (I could have instead performed a 30-minute jury, which means just for a panel of professors who would grade it. Either way, it’s a 30-minute performance.) Many of us included some sort of duet or small ensemble as our final piece, and the ed majors usually shared recitals, taking turns, making an hour-long performance between the two.

Anyway, for anyone, it’s a lot of work. And it’s a little intimidating for those of us who were more accustomed to performing in an ensemble.

But my sophomore year of college, I developed some random pain issue in my right pinky finger. I was able to play my flute for 10-15 minutes each day before the pain caused me to stop. It would linger for hours. I also couldn’t write and ended up buying a laptop to be able to take notes.

It was written off by doctors as tendonitis.

I stopped taking lessons and participating in ensembles so it could rest. Six months later, with no improvement, I was given warning that I couldn’t continue in the music department without lessons or ensembles, since they were required for graduation.

And so I stopped playing flute and started playing trombone. Trombone doesn’t use any fingers.

Being a beginner in college was terrible. I took lessons with someone in the trombone studio, and at the end of my junior year, I successfully re-auditioned into the department on trombone.

Needing to be good enough to give a recital before I could graduate, I was immediately off the four-year plan. I practiced as much as I could, but like any other physical skill, the muscles need to build strength and endurance.

By my second senior year, I was practicing two to three hours every day, in addition to time in ensembles. I was getting … less bad.

Now, I hadn’t been a great flute player at all, and I suspect expectations of me all around weren’t that high. I don’t really know, and it’s probably just as well.

But something happened in these years. I learned grit. I had a giant mindset change. I had been very fixed mindset. When I started college, it was “The people around me have been taking lessons for years and I’ve only been for one year. I’ll never catch up or be as good.”

At the time, I had no idea what else I would do with my life, so switching to another instrument and continuing on the same path was the only viable option. I had to catch up and be as good.

By my third (and final) senior year, my private teacher suggested I was playing well enough to pass a jury. There was no way I was giving a jury! I’ve done massive amounts of work to get here—I’m giving a recital!

And so I did. On April 18, 1999, a Sunday evening. In a satiny blue shirt and black pants. Sharing a recital with a sax player. I played well. I was excited and proud.

It’s the hardest thing I’ve ever done (with regards to things that require preparation and skill).

By the time I graduated, I had shifted to, “If I can get this good in this amount of time, what happens if I keep going?”

I found a teacher in NYC. I practiced three or four hours most days. In the financial desert of a teacher’s summer, I paid my bills playing gigs and teaching lessons.

All of that, 20 years later, is represented in this anniversary. A date I remember and at least give a head nod to every year.

At this point, I haven’t played a trombone in quite some time. Moving to Arizona wasn’t good for my playing, and when time became scarce, trombone was one of the things to go.

But the lessons I learned, the mindset shift—to say nothing of all the extra things I got to learn and do in two extra years of school and all of the amazing people I met on my musical journey—those have stayed with me. And maybe one of these days, I’ll pick the old horn back up and start over again.